Great guitars but I can't have one!

Mark P Posts: 2,314Member
August 2018 in Guitar Chat
I was lucky enough last month to take part in a "road trip" being made by an acoustic guitar where various members of an acoustic forum had the chance to try out a hand built quality guitar for a few weeks in exchange for forum posts reviewing it,plus sound clips &/or videos of the player trying the guitar.

The guitar was made by Dave White who builds guitars under the name "De Faoite Guitars".
I had seen and heard the qualities of Dave's guitars from previous road trips and was very impressed indeed.

The guitar on this road trip was "An Fea Caol", in effect a small parlour guitar designed for Terz tuning (G C F Bb D G).
Or the equivalent to any other altered / open tuning but 3 semi tones higher.
Extra Light strings needed for the right tension.
610mm scale length
Bouts & Waist 225mm / 168mm / 225mm
46mm nut width.
Soundport on the bass side of the upper bout.

The guitar soundboard / top was made from Lawsons Cypress - a big tree that used to grow in Dave's garden and had to be felled as it was becoming a danger to the house. Back, sides and neck - Cuban mahogany (a very dense wood) reclaimed from an Edwardian dresser. THAT is what I call well seasoned wood, and no need for baking and artificial ageing.

This guitar was alive in a way that no factory production guitar I've tried has been. The wood fine tuned by Dave for best responsiveness. Very easy to play and very, very comfortable. I realised very quickly I had never played a better guitar.
Wonderful balance between the notes on the various strings and along the length of the fretboard.
The soundport worked very well in giving the player a much better idea of the sounds coming from the guitar.
Quite a harp like sound when played fingerstyle.
The guitar really took to being in DADGAD (just as well for me). 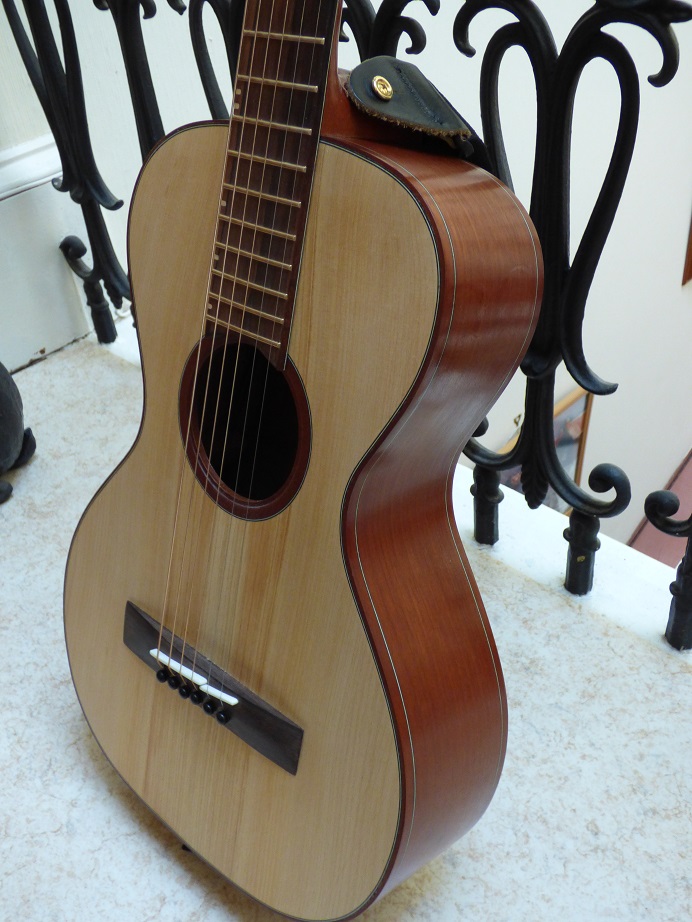 Spot the pinched waist - nearly as much as the Giltrap guitars I love to play.
Makes for great stability playing seated and gives a quality to sound that I like a lot. 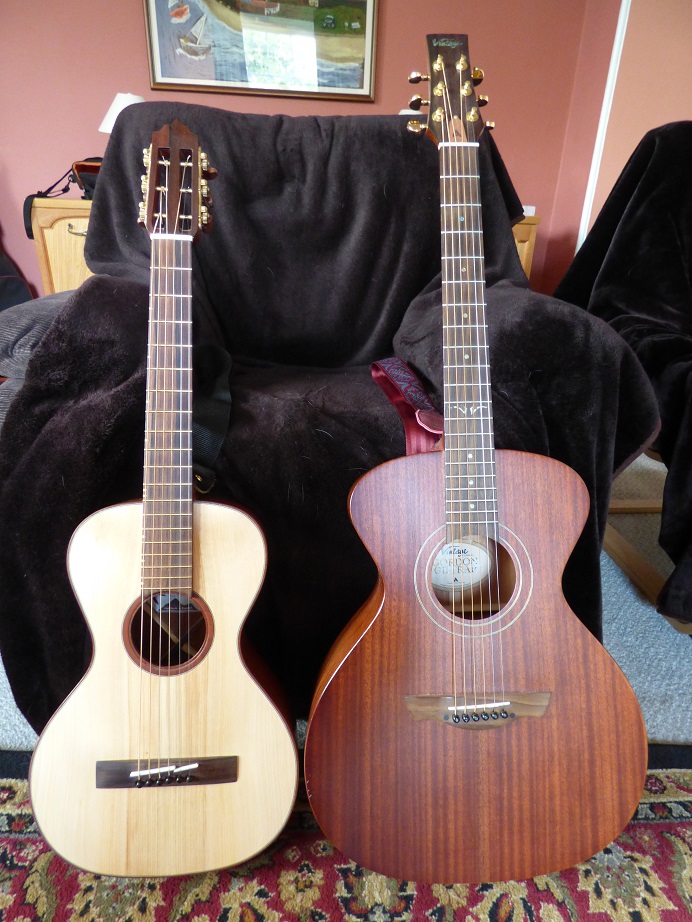 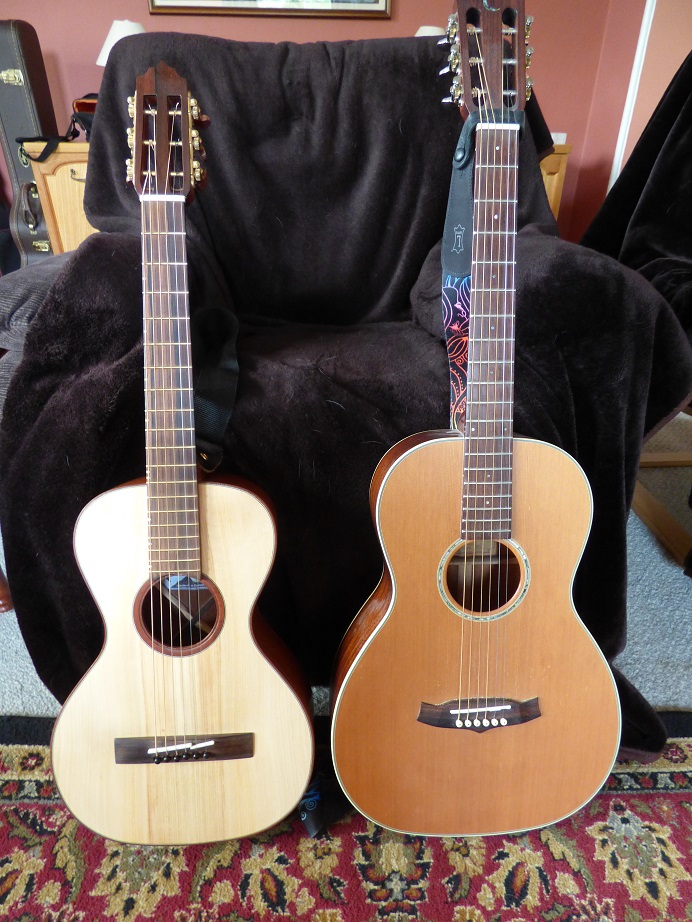 See how it's significantly smaller than the Tanglewood TW73 Parlour. The TW73 has a typical less pinched waist.
But there's no lacking in bass response with the smaller size and it is very far away from being boxy the way many small guitars sound.

This was the final result I got by way of a recording before passing the guitar on to the next player.
https://soundclick.com/share.cfm?id=13756673

When I passed the guitar on to the next player a few weeks back I got to try his collection of guitars including Martin, Japanese made Yamaha, master build Tanglewood etc.
But the jewel in the crown was a hand built guitar from Taran guitars in Fife. "The Taran", a smaller than OM design.
With that pinched waist again and so easy to play and a lovely sound.

So I got to play two guitars last month that were better than anything I'd played before. Two guitars that, given my age and plans for retirement, I cannot get close to affording. EVER.

Would that I had taken up acoustic guitar at a much younger age, got to find out what really suited me, and been able to save for such an instrument. So, very mixed feelings about the whole experience!