Jocko Posts: 7,107Member, Moderator
August 2018 edited August 2018 in Guitar Chat
I pulled out my old Squier Strat this evening. It has been in its Gator case for at least the past five years, never seeing the light of day since I last had it into work with me, and I have been retired for over five years.
I had oiled the Rosewood fingerboard and fitted new strings before putting it away, and there are a couple of silica gel bags in the case with it.
I had commented, back then, how the plastic was aging, but it has gone a whole level further. The pickups are aged ivory, the knobs yellow, and the pickguard a wonderful rich pinky/orangy/lilac hue. I'll have to try and get some photographs. It looks amazing (to my eyes), and is still all original. It is now 23 years old. 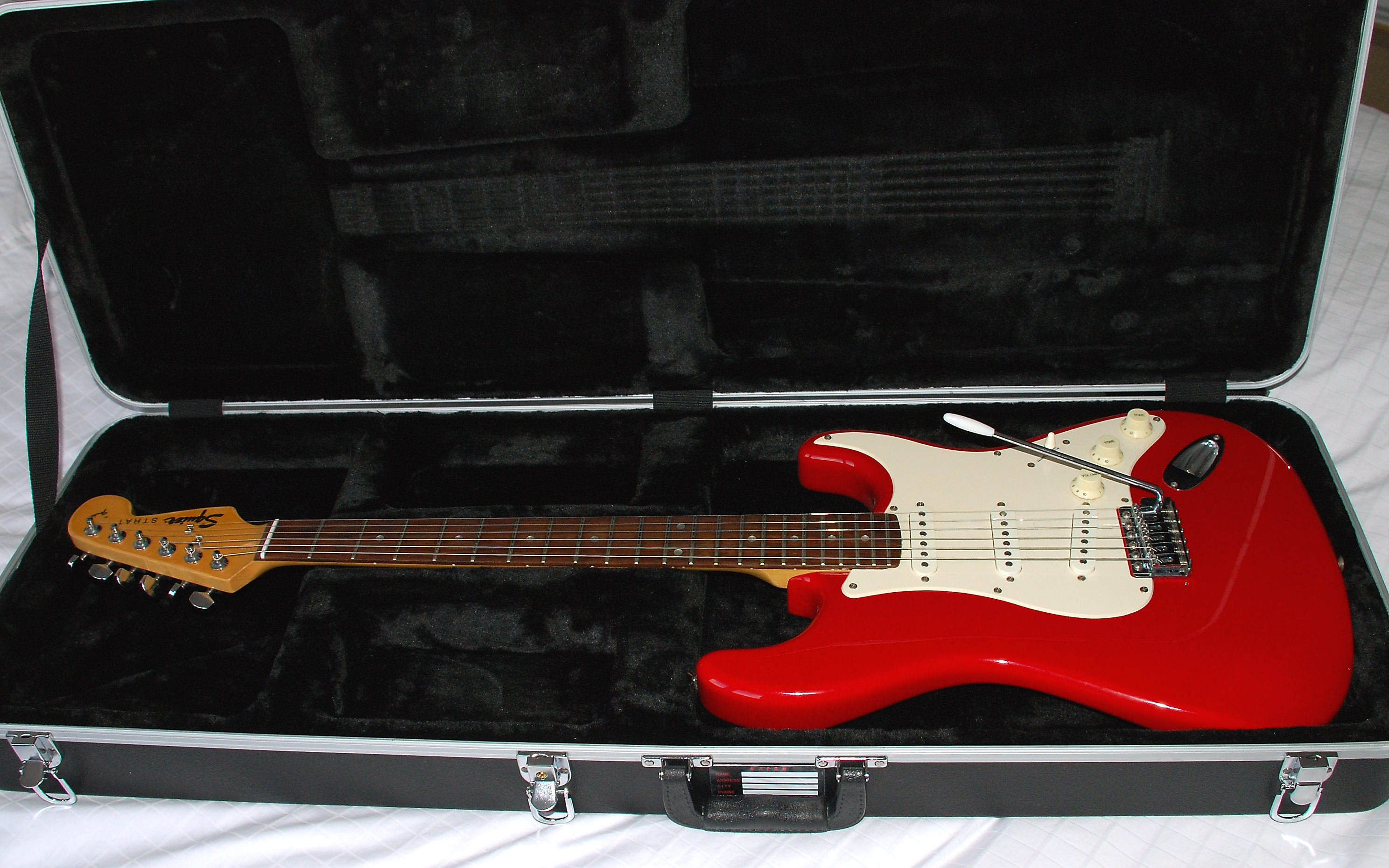