S-type guitar build (yes, another one...)

Megi Posts: 7,190Member
September 2019 edited September 2019 in Guitar Builds, Modifications, Repairs & Maintenance
So what was it I was saying about not doing any more builds, having too many guitars already etc. ? Wrong anyhow it seems, for I now have two builds going on at the same time - a thinline tele, and this one, which is a return to the s-type guitar theme (I've already done three s-types previously). Just something about the design fascinates me, and I do love playing this type of guitar. Also one reaches a point where one has too many spare guitar bits hanging around, and it's all too easy to think "I just need these couple of bits, and...". Plus for me it's a form of therapy - seems to help at the moment. I do like the guitars I produce, although one day I may end up giving a few away to promising young players or something like that.

The current build will be a surf-green body (2 piece American alder from Northwest Guitars), Mighty Mite maple neck (which used to be part of my walnut-body strat), aged pearloid scratchplate and chrome parts. The pickups are a "Bluefire" set from Maida Vale Pickups - i.e. chap on ebay who makes them - very good value at around £50 ish a set. This thread is not going to be a detailed blow by blow account of how the guitar is put together, more just a few pictures showing progress up to the complete instrument. So... pictures :-

Had to drill the holes for the trem pivot screws, probably the trickiest bit of the whole build: 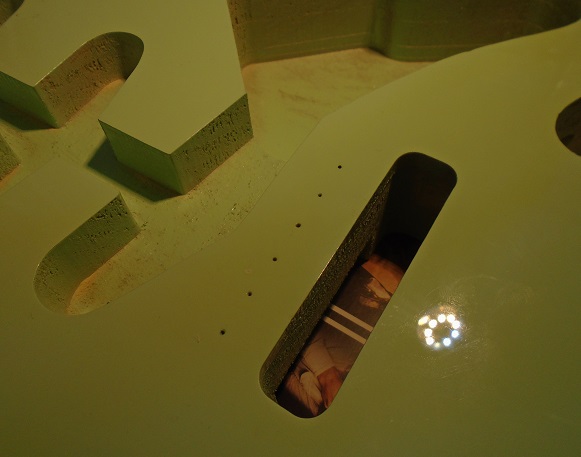 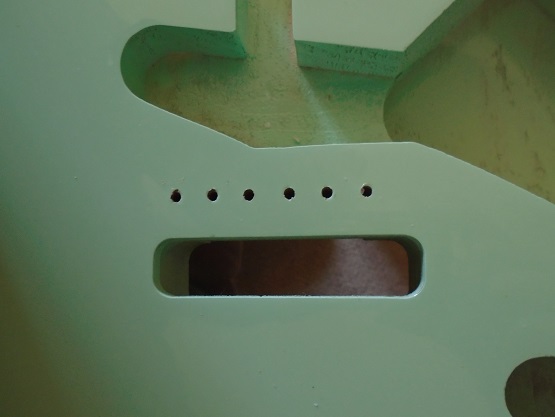 Getting things lined up nicely so I could mark where to drill various fixing holes: 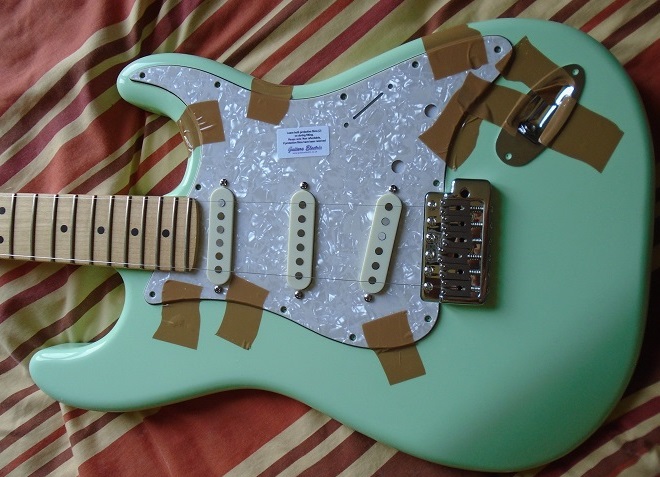 Wilkinson trem unit, with steel block and solid steel saddles, great value and in my humble opinion superior to the traditional strat type with the bent steel plate saddles: 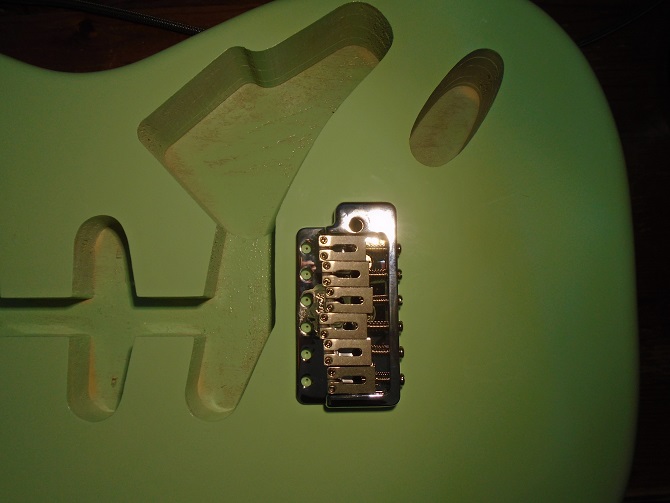 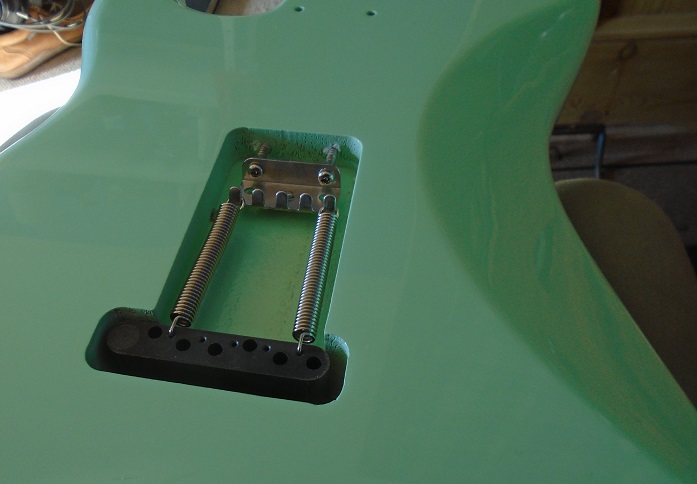 Remarkably, I have not had to do any filing of the scratchplate, either around the bridge unit, or at the neck pocket - everything lines up perfectly, and fits beautifully. 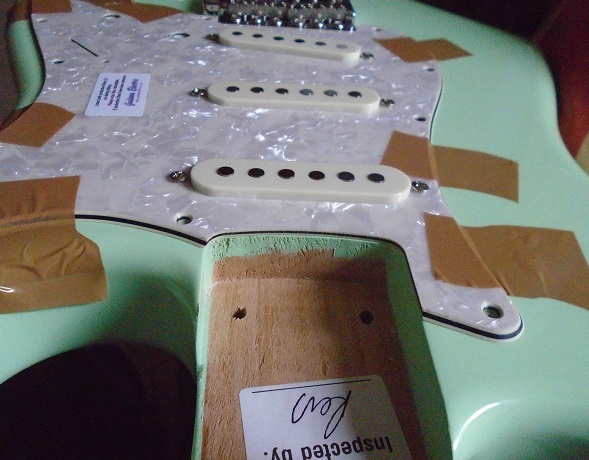 So, that's it for now, and more later.