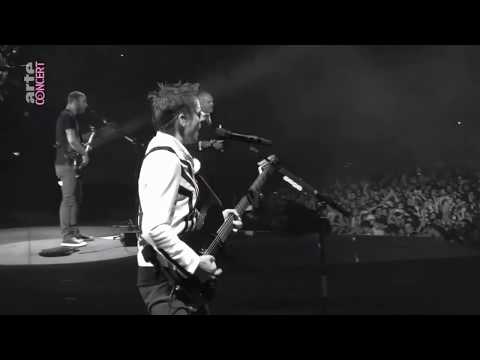 Here's a weird thing. The Jeremy Vine show six months ago featured a lady economist who spoke about 'Dark Banking'. This being a super-yachted, private island elite of money shifters who controlled global finances, transcending governments and nations. She said that the 2008 banking crisis had never been resolved and that the Dark Bankers were about to make their move - she didn't know how.

I turned off. It was too grim and I thought she was being dramatic. James Bond villains really exist ???

This pandemic - I feel - is being used as a catalyst to take credit banking away from the masses. The panic measures being taken to control the virus will deliver this end.

As a species that's probably a good thing, so as to restore some reality to our consumption and save the planet. As an individual that's a bit of a tough prospect to face as I've lived a life way beyond my meagre talents. I'm glad I've done everything on my bucket list.

I don't doubt for a minute that MUSE have entertained private parties on super yachts and on private islands and that this was their inspiration for Animals.

My friend told me the bassist Chris Wilstenholme (with whom he grew up) declared that the things he was seeing in his life as a rock star were simply unbelievable.