Megi Posts: 7,190Member
June 2019 in Guitar Chat
Not what I was expecting at all when I got up this morning, but my guitar collection has expanded by one. And not the type of guitar I would have expected even if I was expecting one. A kind gift anyhow, and I have to say it's not at all bad, and kind of fun, seems quite resonant and nice to play. The neck is unfinished, which I guess keeps costs down - it feels a bit rough, but I know I can make it lovely with a bit of 600 grit wet and dry, followed by a few thin coats of Tru Oil. Can do a bit of a fret level and setup, and I have a few spare pickups knocking about for an upgrade there. Obviously not a genuine Gibson, and it's a bolt-on neck, but the dimensions, control layout and headstock shape look pretty spot on. 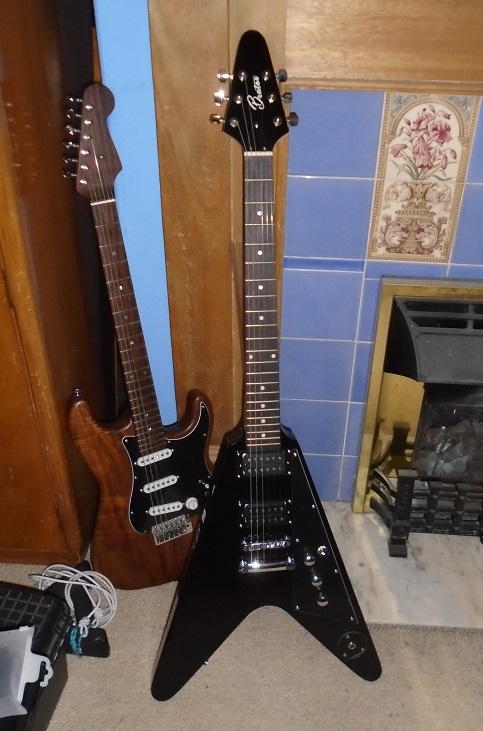